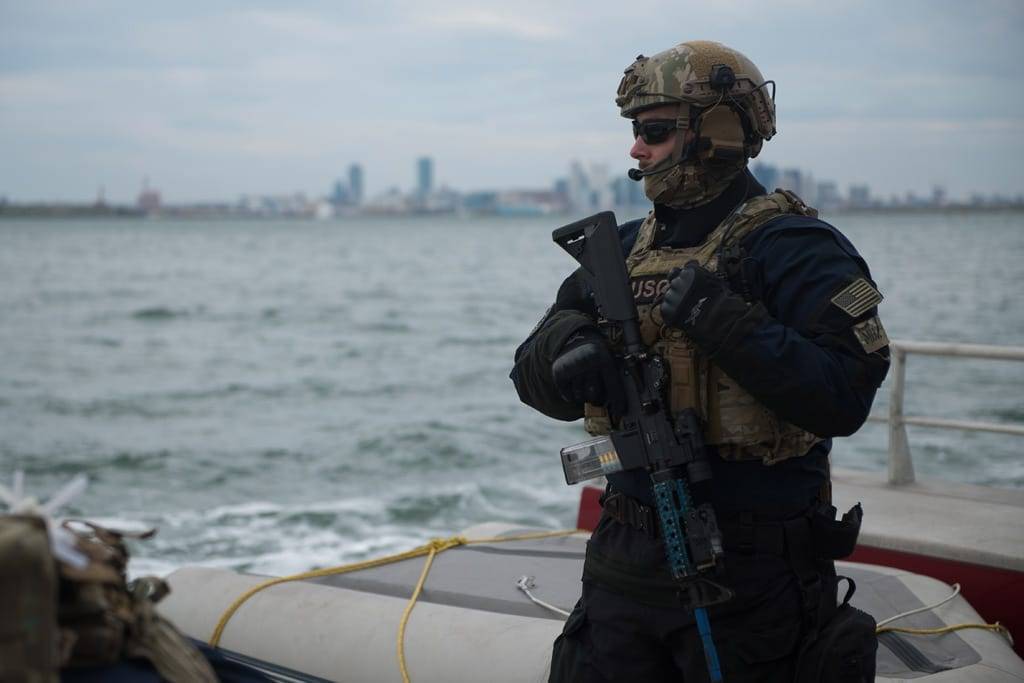 Maritime Security Vessel Protection, what is it?

Vessels and ships are very often at risk from criminal activity in many parts of the world by way of piracy or armed robbery. This has been prevalent with the increase of pirate activity, particularly off the coast of Somalia in the past ten years or so. Maritime Security vessel protection refers to the tactics and strategies employed by the ship to combat or deter maritime criminal activities.

In terms of maritime security, Piracy is, generally, any criminal activity committed against ships in International Waters and any criminal activity not taking place in International Waters is classed as ‘armed robbery’. Such criminal activity in the maritime security environment is generally hijacking of ships or kidnapping of the ship’s crew in return for a paid ransom being paid by the ship’s owners for the release of the crew or the ship. Hijacking of this nature was made more well-known amongst the general public when the Hollywood movie ‘Captain Phillips’, starring Tom Hanks, was released in 2013. The movie was inspired by the true story of the hijacking of the ship ‘Maersk Alabama’ in 2009. In this incident, the Master of the vessel, Captain Richard Phillips, was taken hostage by pirates off the coast of Somalia. This particular incident came to an end when three US Navy Seal snipers conducted a remarkable simultaneous killing of all three terrorists as they were holding the captain in the ship’s lifeboat.

Other forms of piracy or armed robbery can include an incident where the pirates attack and board a ship with the intention of stealing the ship’s cargo or general equipments (such as tools, small machines, boats etc) or stealing some crew personal effects.

Maritime Security vessel protection for both Armed Robbery and Piracy is essentially the same, with differences particular only to the method of attack of the criminals.

What are ‘International Waters’?

‘International Waters’, also sometimes referred to as ‘the high seas’, are those waters over which no state holds sovereignty and cannot exert any control over that area. In 1958 a treaty was signed (but was only put into effect in 1962) after its creation at the United Nations Conference on the Law of the Sea (UNCLOS). This treaty is referred to as the ‘Convention of the High Seas’ which, as of 2013, had 63 signatories.

The United Nations Conference on the Law of the Sea recognises that each State can establish ‘Exclusive Economic Zones’ (EEZ’s) extending 200 nautical miles from the coastal baseline of each State. These are referred to as ‘Coastal States’ and any ship sailing in this region is classed as sailing in Coastal Waters and will also be subject to the Maritime regulations of that particular State. The 200 Nm limit does, however, sometimes present difficulties when two states share the same waterway when it is less than 400 Nm wide (such as the parts of the Red Sea). In these cases, local agreements dictate where the borders of the different EEZ’s lie.

When sailing upon the high seas, ships will generally be acting under the authority of a ‘Flag State’. Each Flag State determines a set of rules and regulations that each vessel must follow and any breach of these regulations would result in withdrawal of the ‘Flag State Authority’. You may have heard the term ‘Flag of Convenience’. This is a practice whereby the owners of the ship register the ship in a state other than their own. This may be done to reduce costs or to avoid having to follow the more stringent regulations of the ship owner’s State. Some of these practises might be viewed as being rather strange. For example, there are several ships registered under the flag of Mongolia, a land-locked State that has no seas or ports!

Maritime Security vessel protection will continue to evolve as the threat itself evolves, and that threat will be determined by regional, political and economic factors.